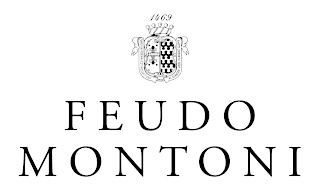 In the heart of Sicily where the borders of the fertile lands of Palermo, Caltanissetta and Agrigento converge lies the lush greenery of the Feudo Montoni estate.  Dating from 1469 it is one of the oldest and most highly regarded vineyards on the island. Extending for roughly 180 acres in the region of Montoni Vecchi  at an altitude which ranges from 400m to 750m above sea level, the estate is quite breathtaking.

Current proprietor Fabio Sireci vividly described to Martin and I how for hundreds of years the grapes were carried along the dusty lanes by horse-drawn carts to the farmhouse cellar where the best were meticulously selected and made into wine.  Nowadays the old press has, of course, been replaced with the latest machines but it is clear to see that the enthusiasm and passion for these traditions still remain and hence the wines are produced with the very same cultivation techniques and methodologies as ever. Fabio explained that despite the challenges of the torrid Sicilian summer, the ripening of the grapes is largely protected by the altitude ensuring that the wines produced have just the right alcoholic strength and complexity.

There are 23 D.O.C. regions in Sicily.
Feudo Montoni is part of the D.O.C. Contea di Sclafani in the centre of the island.

In 2011 I was lucky enough to have the opportunity to present some of my wines from small family producers to the New York Times Wine Society.  As the competition was fierce and the tasting panel famed for being extremely tough I didn't hold my breath!  Nevertheless I received a call to confirm that the Feudo Montoni Insolia had sailed through and was to be the first selection of their 2011 portfolio.  With the shipment to New York on its way I decided to import the remaining 2010 vintage to the UK and I am now delighted to make the final few cases of this delicious white wine available exclusively through the Ex Cellar Wine Club (to purchase please click on the link below).


Tasting notes courtesy of the NY Times Wine Club
2010 Feudo Montoni Colle del Mandorlo Bianco
The Colle del Mandorlo is comprised of 100% Insolia, a grape variety indigenous to Sicily. Once used primarily as a component of Marsala, today it is recognized for producing delightfully satisfying dry white wines.   This bright, juicy offering from the 2010 vintage leads with aromas of melon, green apple, citrus blossom and a whiff of white pepper. Offering welcome structure and weight on the palate, this harmonious charmer is layered and intricate, with flavors of slightly underripe peach, white flowers, Asian pear and lemongrass. It finishes with a pleasing, dusty sensation that is reminiscent of the volcanic soils in which it is grown.
~Martin Reyes - (June, 2011)

When blind tasting, very pale green in a white wine may indicate Riesling, while a pink tinge suggests that the wine was made from pink-skinned grapes such as Gewürztraminer and Pinot Grigio.